The City of Slidell, Louisiana will be receiving nearly $4.7 million from the American Rescue Plan to strengthen support for vital public services.

Several important improvements around the city will be prioritized with these funds:

Funding for the American Rescue plan can be used to:

More information about the requirements of the American Rescue Plan can be found at https://home.treasury.gov/policy-issues/coronavirus/assistance-for-state-local-and-tribal-governments/state-and-local-fiscal-recovery-funds 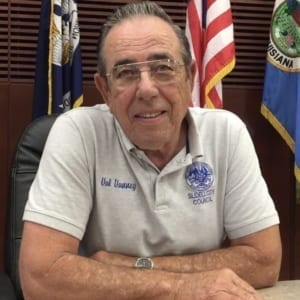 It is with great sadness that the City of Slidell announces that Slidell City Councilman Val Vanney Jr. passed away on Tuesday, June 15, 2021.

“Our prayers go out to Ms. Bonnie and the Vanney family,” said Slidell Mayor Greg Cromer. “Val was a true public servant who was wholly dedicated to his district and his community. He always voiced his constituents’ concerns and represented them to the best of his ability in the Slidell City Council. He will be greatly missed in our community.”

Councilman Vanney was elected in 2014 to serve the residents of District D and was re-elected without opposition in 2018. Before serving on the Slidell City Council, Vanney was the owner of Val Vanney’s Marine, Vanney’s Seafood, and V & A Homes, LLC. Vanney also served in the National Guard and on the St. Tammany Parish Sheriff’s Reserve from 1967 to 1980.

To many, Vanney was affectionately known as “Uncle Val.” He expected only the best from everyone and had no problems expressing his opinion. Even if he disagreed with you, his no-nonsense demeanor would usually fade away to a smile or a pat on the back.