The City of Slidell broke ground on Thursday, March 24, on the Tammany Trace to Heritage Park project at the intersection of Pennsylvania Avenue and Bayou Lane. Mayor Cromer, members of the Slidell City Council, and elected and city officials were present.

The project includes the installation of a ten-foot-wide recreational trail from Heritage Park to the east end of Strawberry Street. Upon completion of this project, St. Tammany Parish Government will complete the connection to the Trace to the existing path at Gause Blvd. W.

The City of Slidell is funding a portion of this project through a FHWA Recreational Program for Louisiana grant. The total cost of the project is approximately $681,000.

For more information about City of Slidell news and upcoming events, you can sign up for our email news list on our website at MySlidell.com or visit the “City of Slidell, Louisiana” on Facebook. 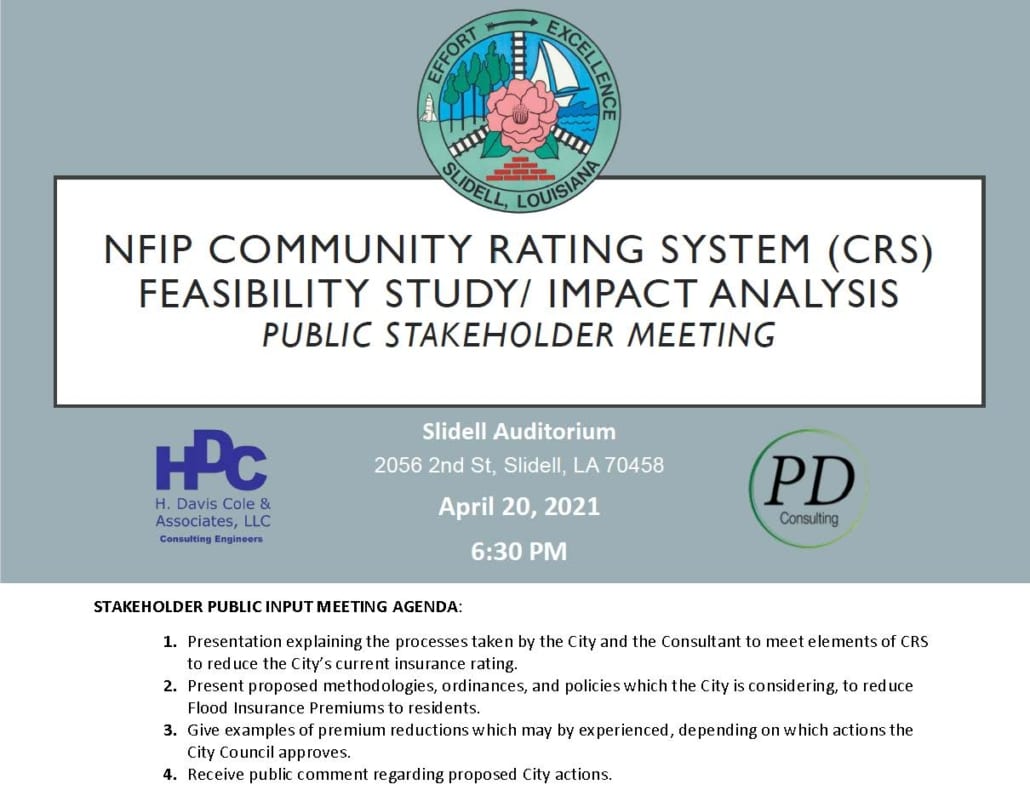 The City of Slidell will host a public meeting for the NFIP Community Rating System Feasibility Study at 6:30 p.m. on Tuesday, April 20, at the Slidell Municipal Auditorium. The meeting will include a presentation about items the city is addressing to reduce Flood Insurance Premiums for residents and the opportunity for public comments.