Slidell, Louisiana was founded around 1882 during the construction of a major new railroad from New Orleans to Meridian, Mississippi, connecting there with Cincinnati, Ohio, and eventually with New York, NY. The New Orleans and Northeastern (n.o.n.e.) Railroad established a building camp at first high ground north of Lake Pontchartrain which eventually grew into the city. Slidell was chartered as a town in 1888 by the Louisiana legislature.

Sometime prior to Slidell’s formal incorporation in 1888, its first streets were laid out in a grid pattern, mostly east of the railroad, running three blocks along the road by four blocks deep. Bonfouca Street, now Bayou Lane, lay in the short stretch between the railroad and the bayou. East of the tracks, the north-south streets were Bayou (now Front), First, Second, Third, and Fourth. The east-west streets were Fremaux, Erlanger, Bouscaren, and Cousin.

Erlanger, slightly wider than the others and designated as an avenue, was named by Baron Frederick Erlanger, head of the banking syndicate which financed the railway. Baron Erlanger named the town for his deceased father-in-law, John Slidell, who had been a prominent state, national and confederate political figure. Col. Leon J. Fremaux, a prominent Louisiana engineer and planner, drew the original plans for Slidell and named Fremaux Avenue for himself. Bouscaren Street was named for G. Bouscaren, the chief engineering officer of the railroad. Cousin Street took its name from the locally prominent Cousin family. 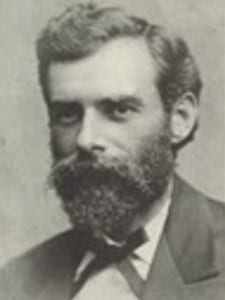 In the thirty or so years after its founding, Slidell developed a creosote plant, one of the country’s largest brick manufacturing facilities, a large lumber mill, and a shipyard. The Slidell shipyard contributed significantly to the national effort in both World Wars. Slidell residents worked in New Orleans ship, tank, and airplane construction during World War II.

In the 1960s, Slidell began to assume its modern profile as the middle of three local sites in NASA’s lunar landing program: Michoud assembly facility in New Orleans, the computer facility in Slidell, and the Mississippi test facility in Hancock County, Mississippi.

Slidell is located at the southeastern tip of St. Tammany Parish in Louisiana’s famous Ozone Belt. It is about three miles from the north shore of Lake Pontchartrain and is surrounded by rivers and bayous. The largest municipality in the parish, Slidell has grown from a population of 364 in 1890 to 24,142 in 1990; Slidell’s 1999 population is estimated to be 32,000. Today, Slidell continues to deal with urban planning and growth, of preserving a sense of present and past, while accommodating an ever-increasing number of residents.

PreviousNext
12
About our Museum

Located in the old town jail, the museum displays two floors of photographs, collections, and memorabilia on the history of Slidell with an extensive study on the South’s role in the “War Between the States.” The exhibit includes reproductions of military uniforms, weapons, and audio displays. The newest addition located behind and accessed through the museum is the Mardi Gras Museum, which houses a collection of over 800 pieces of Carnival memorabilia-dresses, costumes, scepters, goblets and throws, and historical scrapbooks of past kings and queens.