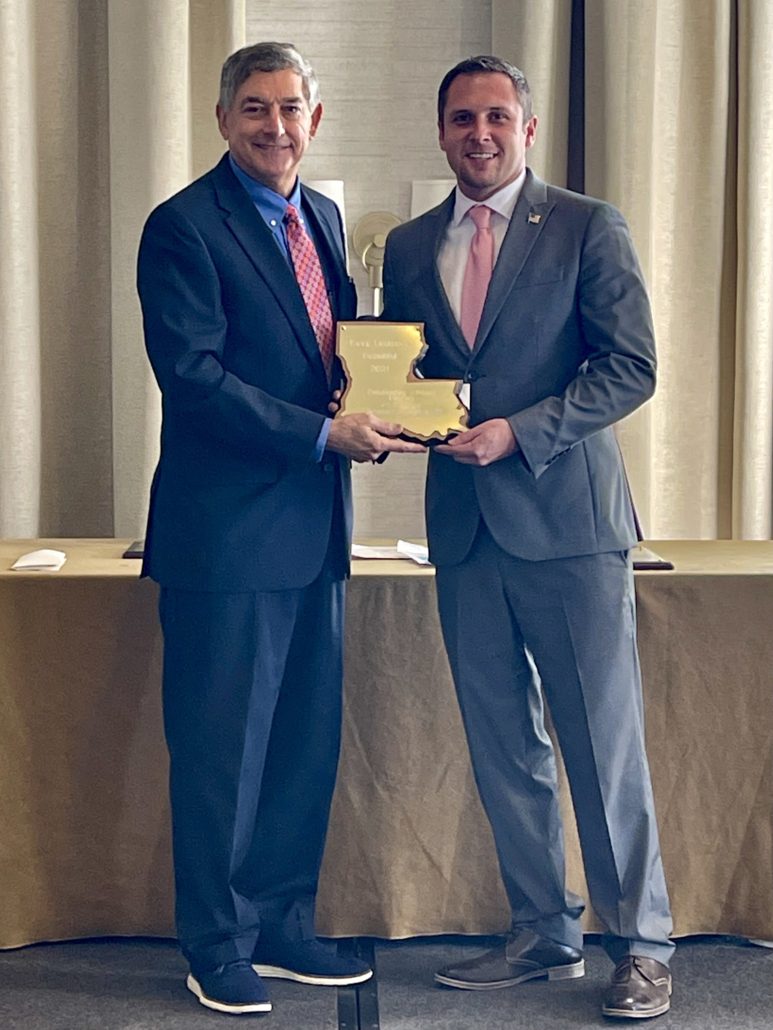 Keep Slidell Beautiful and Director Trey Brownfield were both recently recognized by the State of Louisiana at the 2021 Keep Louisiana Beautiful Conference.

Keep Slidell Beautiful received the Circle of Excellence Award and Brownfield was recognized as the Outstanding Affiliate Director for 2021.

Brownfield was hired as the Director of Keep Slidell Beautiful for the City of Slidell in 2019. In that short time, he has grown the affiliation and motivated the community to get more involved in Keep Slidell Beautiful through awareness campaigns and community committees. He has raised over $200,000 through fundraisers, sponsorships, and grant funding.

Keep Slidell Beautiful picks up over 50 tons of waste each year and facilitates over 4,000 hours of community service. Since becoming Director, Brownfield not only continued the Golf Tournament, Annual Tree Giveaway and two City-wide cleanups, he also successfully added new programs such as Community Recycling Days, Earth Week Awareness Events and the popular Christmas on Front light display which replaced holiday lights and decorations that were lost in Hurricane Katrina.

Brownfield was also recently awarded the Pearl Williams Superior Leadership Award from the Slidell Republicans Women’s Club in recognition of his leadership and involvement in the community.