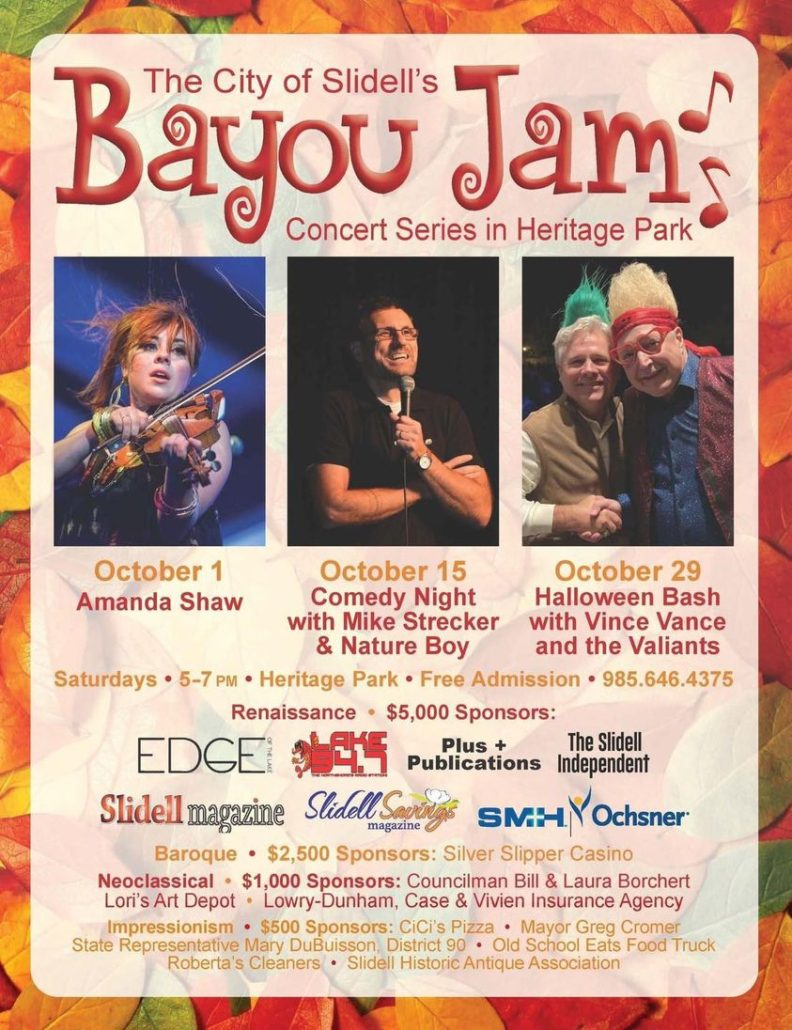 The City of Slidell’s Bayou Jam Fall Concert Series continues on Saturday, October 15, with a comedy performance by Michael Strecker starting at 5 p.m. in Heritage Park. Admission is free.

“We are trying something new for Bayou Jams, a family-friendly comedy night,” said Slidell Mayor Greg Cromer. “We invite you to come see Mike Strecker and enjoy a free performance in Heritage Park with your family and friends and start your Saturday night right here in Slidell!”

Mike Strecker grew up in Slidell and is a comedian who has performed at some of the top comedy clubs in the country. He is also an acclaimed author who has written “The Young Comic’s Guide to Telling Jokes” books 1 and 2 and “Jokes for Crescent City Kids.” His fourth joke book for kids is scheduled to published soon. He also writes fiction for adults and his short story “The Woman at the Well’ was selected as a finalist by the 2021 Tennessee Williams/New Orleans Literary Festival.

The Bayou Jam Concert Series concludes on Saturday, Oct. 29, with the annual Halloween Bash with Vince Vance and the Valiants. Concert‐goers are invited to bring their chairs, blankets, ice chests and picnic baskets to the park to enjoy the free concerts. Concessions will not be sold this season.