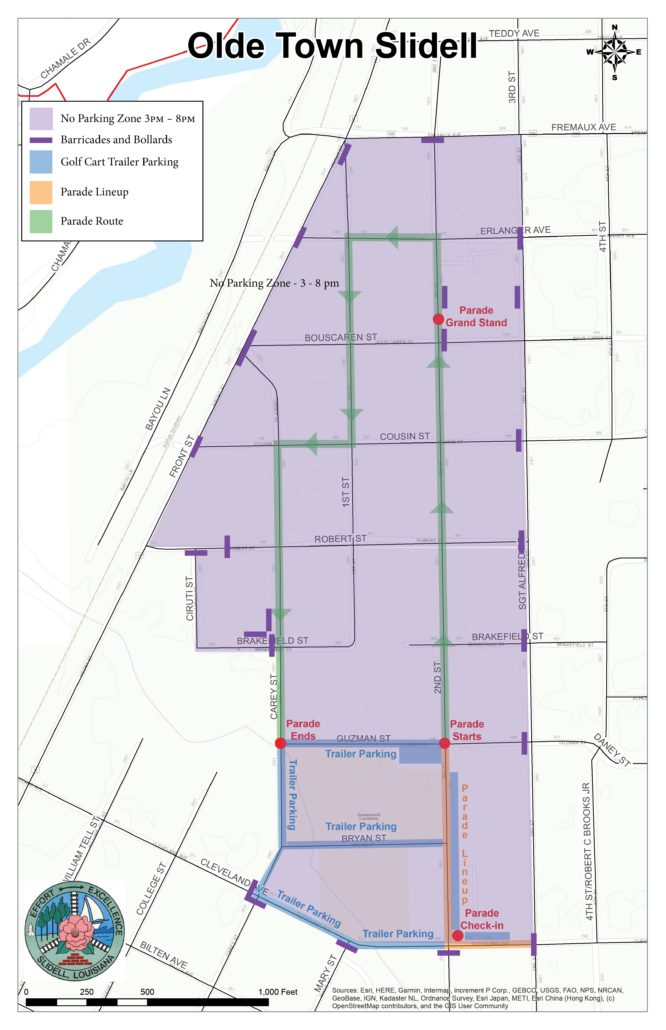 Mayor Greg Cromer is inviting the community to join the City of Slidell for the second annual Olde Towne Slidell Community Christmas Golf Cart Parade on Sunday, December 5 at 5 p.m.

“We were humbled by the crowds of people who came out and supported the first Christmas parade. Olde Towne was packed!” said Slidell Mayor Greg Cromer. “Christmas is my favorite time of year and I wanted to kick-off the holiday season with an old-fashioned, small town, community Christmas parade. It’s free for everyone, so I encourage the community to join us. It will be a great time in Olde Towne Slidell!”

The parade will be led by the Slidell Sync Lawn Chair Brigade, a premier dancing group that promises to feature flashy holiday-themed lawn chairs in a very merry way, followed by decorated golf carts andand Santa and Mrs. Claus riding on an antique fire truck spreading their magical cheer to all.

Everyone from the community is encouraged to participate. To sign up to participate, go to the City of Slidell’s website at MySlidell.com to fill out the parade form and return to the Department of Cultural & Public Affairs. Registration is free and interested spectators are encouraged to mark their calendars. Deadline for submitting forms is Monday, Nov. 29.

Due to public safety, on the day of the parade the streets in Olde Towne will start to close at 6 a.m. Drivers will be able to enter Olde Towne Slidell at the intersections of Cousin Street and Sgt. Alfred Drive and Front Street and Carey Street until 3 p.m. Olde Towne Slidell will also be a no parking zone from 3 until 8 p.m. No vehicles will be allowed to enter or exit the route. All vehicles should be off the streets during this time. Refer to the shaded area in purple on the map to see the no parking zone.

For more information about the inaugural Olde Towne Slidell Christmas Parade, please call the City of Slidell’s Department of Cultural & Public Affairs at (985) 646-4375 or email acarollo@cityofslidell.org.